Jack Nunn, a consultant in public involvement in research, who works as a researcher in the Public Health Department at La Trobe University, reflects on how publishing could be different. 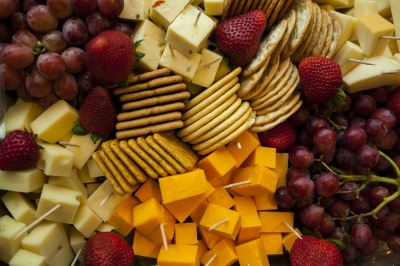 Using only camembert, smoked salmon and controlled laboratory conditions, I had a revelation about the relationship between researchers, publishers and the public. This is the story.

I was in one of the world’s leading laboratories being given a tour of a potentially hazardous area, when suddenly the PA barked ‘ATTENTION ALL STAFF, ATTENTION ALL STAFF’. I was ready for the worst, to evacuate or suit up. But why was I there at all?

I’d spoken earlier that day about public involvement in research and publishing at an event at the Walter and Eliza Hall Research Institute.

It was organised and paid for by the open access publisher Biomed Central, in order to raise awareness about their work.

The publisher recently asked if I would volunteer my time to be a member of the editorial board of the new journal ‘Research Involvement and Engagement’ and also speak at their events in Australia. It is a new journal being run on a not-for-profit model and BioMed Central are world-leaders in open access publishing, so it was exciting to accept.

I found myself plunged into the mysterious, intriguing and often self-perpetuating world of publishing.

The speech I made essentially asked the question ‘What value do publishers add to research, and therefore the public good’. This is a different question from how valuable is publishing – to which the answer is ‘very’.

Publishers make lots of money from publishing research, including open access research. In other words, I sought an answer to the question – ‘what are publishers giving back to the research process, in return for the money they take’.

I also asked how the public could be supported to be more involved in every stage of the research cycle, including publishing and dissemination. I ended with my usual plug for Tim Berners Lee’s eye-opening TED talk about open and linked data, which describes how everyone can access and interpret data – the very embodiment of public involvement in research.

In conclusion, I said I think publishers have an important and crucial role in science, and posed a series of questions to reflect on why do publishers exist as they do – much as one may ponder ‘Why do we have a Royal Family?’ in a neutral and balanced way.

After I spoke, I met interesting people around a delicious buffet of cheeses and smoked salmon and then was fortunate enough to be given a tour of the research institute.

Within half an hour I’d met world-leading cancer researchers, people developing potential malaria vaccines and seen other labs full of people working late, missing out on time with friends and family in order to do countless wonderful things in the name of research.

As it was a working lab, naturally there were exciting things like negative pressure rooms and gene-sequencers – but also the reminders you were somewhere potentially dangerous, with ‘biohazard’ signs and emergency eyewash and showers at every corner.

They had my attention too.  I was ready to evacuate, or go on a three-day lock-down to hunt for an escaped malaria-carrying mosquito.

I laughed, half in relief – but on reflection, there was nothing that funny about it. The food was from the BioMed Central event I had spoken at.

Naturally, no one wants food to go to waste – but the funny side wore off when I saw researchers head upstairs to eat leftovers from an event, which like many awareness raising events, is partly funded by open access fees. These are often paid by research institutions (thus indirectly, taxes or charitable donations) to publishers to cover the costs of making it available without a ‘paywall’.

However, many publishers also spend significant amounts of money to attract researchers to publish with them. Naturally it’s more complicated than this, but a simple thought struck me and I daydreamed…

I imagined what would happen if all researchers collectively and suddenly decided they didn’t want to submit to ‘for-profit’ publishers because they felt reputations and impact factors  were suddenly irrelevant in a digital age, thus disrupting any business model based on prestige.

Would less money go to publishers and more stay within research institutions for research? Would a sea of poor quality research drown good research with no one paid to check it, or would publishing just happen faster, like publishing this blog –  the reviewing stage happening afterwards, in the open, in public?

It was a wild day-dream and I blame the cheese.

So, if you ever feel you are not worthy to eat the leftovers and crumbs of others, always ask ‘whose table is it’?

In research, the table is for everyone, and we should all be invited to sit at it as equals.

We just need to figure out who is bringing the cheese and smoked salmon.

Jack has led the development and implementation of an internationally recognised model for building partnerships between the public and researchers. He has worked for Government, leading charities and universities, including the UK’s National Institute for Health Research and Macmillan Cancer Support. He has partnered with the World Health Organisation, the Cochrane Collaboration and community organisations across the UK, Europe, Australia and Asia.

Full disclosure: I receive no money for the time I volunteer with BioMed Central. I did, however, eat more than my fair share of cheese at one of their events.

This is the first in a series of blogs which we hope will provoke and inform debate on issues in Open Scholarship across Australasia. If you’d like to write for us, please get in touch: eo@aoasg.org.au