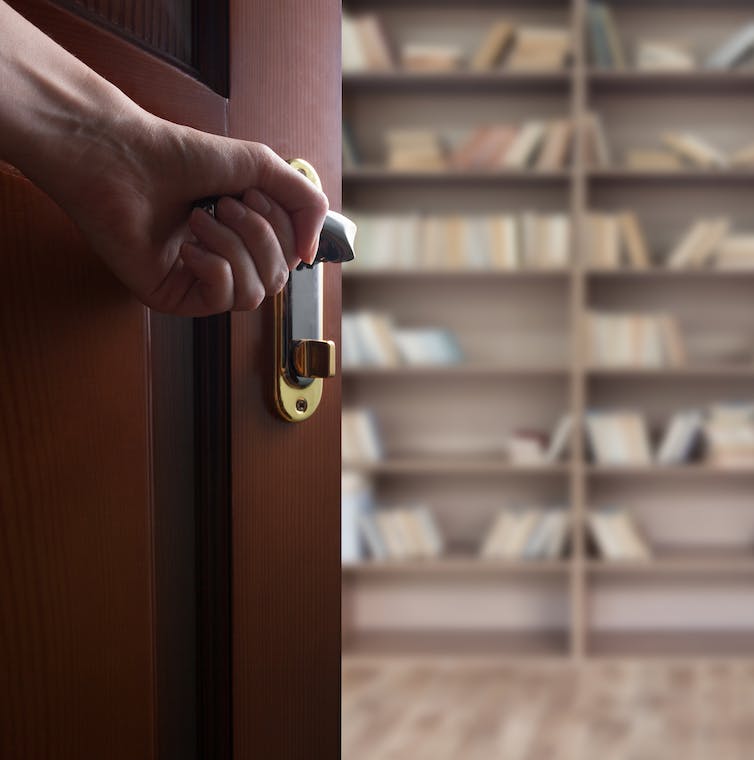 This article by Virginia Barbour was originally published on 27/10/17 on The Conversation.

There is a huge appetite for science and other research – so why aren’t more academic publications truly ‘open access’?

It’s a clear example of the public appetite for open access scientific information, and of the potential reach when articles are available.

But most of the world’s academic literature is still only legally available behind a paywall.

It’s time we brought the idea of open access publication truly to fruition: not just so more people can read research, but also to improve the application of academic work to address issues such as health inequity and poverty.

Read more: How the insights of the Large Hadron Collider are being made open to everyone

The example of Hawking’s thesis backs up what we know already from the numbers: work that is freely available is at least two to three times more likely to be read than closed access articles, and is 47% more likely to be cited in Wikipedia.

Defined simply, “open access” publications refer to work that is freely available, licensed in way that allows broad use and reuse, and which is permanently archived in a public repository or open publishing platform.

This week marks the tenth anniversary of Open Access Week, and 15 years since the Budapest Open Access initiative (one of the first definitions of open access) was launched.

In the past 15 years open access has morphed somewhat. It started as a fairly niche proposal, with small numbers of open access publishers in operation and ad hoc networks of repositories. Now it’s a truly global movement. Thousands of open access articles are freely available either through publishing in open access journals, or via the many open institutional repositories globally.

There were 32.4 million accesses of content from Australian academic research repositories in 2014. But compared with the pace of change in the online newspaper or music industry, the adoption of open access to academic research is slow. Why? A few factors come into play.

One fundamental problem is that universities pay vast sums of money to support academic publishing through subscriptions. Most of this goes into the bank accounts of a small number of commercial publishers who have a powerful interest in not supporting wholesale change in business models.

This handful of publishers has been systematically buying up smaller publishers and journals, creating an oligopoly. They have now moved into ways of collecting revenues for open access via article processing charges (APCs) – payment for publication once a research paper has passed peer review.

APCs are levied by many, but not all, open access publishers (including not-for-profit ones). However, the highest APCs are seen at commercial publishers especially in their journals that are not fully open access – so-called hybrid journals, where costs can be up to US$5,000 per article.

Research made open in a journal is referred to as “gold”, and in an institutional repository it is “green”. Work made open illegally has been called “black”. But open access is also often used as a synonym for just free access of a static version of a paper PDF, with no right to reuse.

True open access takes the form of a fully digitally interoperable article, electronically marked with rich metadata that indicates who wrote it, and with a licence that allows use and reuse. Such papers can be used in teaching, included seamlessly in other academic work, and much more – all with clear attribution and credit to the original author.

These ideas have been consolidated into the “F.A.I.R.” principles to describe research that is findable, accessible, interoperable and reusable. A statement laying out these principles for Australian research was developed last year.

The importance of strong leadership in pushing the case for open access is evident in the Netherlands. Dutch science minister Sander Dekker has taken on open access as a cause, which has resulted in a national plan for open science.

An overall national position would be immensely valuable. Positive first steps were made towards this when the Productivity Commission made a recommendation for national and states open access policies in the 2016 Inquiry into Intellectual Policy Arrangements. In August 2017 the federal government accepted this recommendation.

A vision and a pathway

Even if all the above issues were dealt with, open access will continue to advance piecemeal, unless we have a long-term clarification of what we’re aiming for and how to get there.

It’s important to note that increasing open access is not the end goal in itself. We need open access in order to fulfil other urgent priorities such as maximising collaboration, improving global health, and reducing poverty, and this is the theme of this year’s open access week.

It’s worth noting here that caution may be needed around open access to sensitive data, for example relating to patients or threatened species, or some commercial work.

An effective open access scholarly ecosystem requires a collaborative, long-term commitment to policies and infrastructure by key players. Examples of how this can take place were detailed this week by a publisher and COAR, the global repository association.

In 2017 it’s high time to look beyond narrow definitions of open access. Let’s focus on infrastructure planning and building for the next decade, where research outputs are available not just for reading, but also for effective application.

This article was originally published on The Conversation. Read the original article.